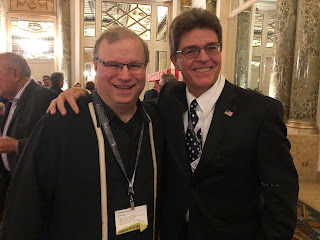 Daniel E. Rosner is a formidable litigator who has represented personal injury clients throughout New Jersey for over 32 years. He is admitted to practice in all New Jersey and Pennsylvania state courts. Dan is also admitted to practice before the United States District Court for the District of New Jersey, the United States District Court for the Eastern District of Pennsylvania, and the United States Supreme Court.
Known for his commitment to advocating for plaintiffs’ rights, Dan has earned the respect and trust of his peers in the legal community. In addition to being named a SuperLawyer every year since 2008, he is also certified as a Civil Trial Attorney by the Supreme Court of New Jersey — an honor and distinction reserved for just two percent of practicing attorneys in the state.
Dan has also made legal history at various points in his legal career. In 2005, he served as lead counsel in Serrano v. Serrano, in which the Supreme Court of New Jersey handed down a landmark decision benefiting victims of automobile accidents. He has also appeared as amicus before the Supreme Court of New Jersey on behalf of the New Jersey Association for Justice and the New Jersey State Bar Association.
With his law partner Ed Tucker, Dan also won the largest jury verdict ever awarded in Cumberland County, New Jersey for a slip and fall injury.Dan is also active in promoting the highest standards of ethics and client care in the legal profession. He served as President of the New Jersey Association for Justice — the largest plaintiffs’ trial attorney organization in the state. Dan has also served in various roles for the NJAJ since 2004, including terms as Chairman and Co-Chairman of numerous committees and boards.
In addition to his trial practice, Dan regularly teaches courses and seminars to fellow attorneys. He served as Chair of NJAJ education foundation in 2015-2016. He has spoken at over 60 Continuing Legal Education programs sponsored by the New Jersey Association for Justice, the American Association for Justice, and the Institute for Continuing Legal Education. He has also authored numerous articles for the New Jersey Law Journal and the American Association for Justice’s Trial magazine.
Dan is a member of the New Jersey State Bar Association and the American Association for Justice. He was named a Top Attorney in New Jersey by New Jersey Monthly magazine for the last five years, and voted “Best Attorney” by readers in a promotional newspaper contest.Born and raised in Philadelphia, Dan earned his undergraduate and law degrees from Temple University.
Kenneth Vercammen, Esq.– Probate, Estate Planning & Elder Law
Kenneth Vercammen is an attorney in Edison, NJ. He is Chair of the ABA Probate & Estate Planning Law Committee of the American Bar Association Solo Small Firm Division.  He is the author of the ABA book “Wills and Estate Administration”
He is a speaker for the NJ State Bar Association at the annual Nuts & Bolts of Elder Law & Estate Administration program.  He is admitted to the Supreme Court of the United States.
He was Editor of the ABA Estate Planning Probate Committee Newsletter. Mr. Vercammen has published over 150 legal articles in national and New Jersey publications on Wills, litigation, estates, probate law and trial topics.
He is a highly regarded lecturer on litigation and probate law for the American Bar Association, NJ ICLE, NJ State Bar Association and Middlesex County Bar Association. His articles have been published in noted publications included New Jersey Law Journal, ABA Law Practice Management Magazine, and New Jersey Lawyer. He established the NJlaws website www.njlaws.comwhich includes many articles on Estate Planning, Probate and Wills.
KENNETH VERCAMMEN & ASSOCIATES, PC
ATTORNEY AT LAW
2053 Woodbridge Ave.
Edison, NJ 08817
(Phone) 732-572-0500
(Fax)   732-572-0030
www.njlaws.com
www.njwillsprobatelaw.com
The book Wills and Estate Administration” is available at
http://shop.americanbar.org/eBus/Store/ProductDetails.aspx?productId=224827061

Posted by Vercammen Law at 4:04 PM